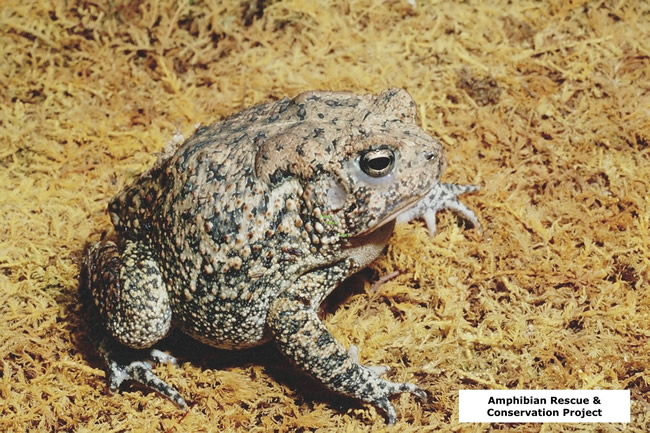 The Houston toad is a native Texan and it was thriving in the Houston area before a severe drought in the 1950’s and urbanization destroyed much of its habitat. Sadly, the toad is no longer a resident of the city and what’s especially disturbing is that it’s now listed as critically endangered by both the US Fish and Wildlife Service and Texas Parks and Wildlife.

So, what exactly does the classification of endangered mean? Endangered means the species is on the brink of extinction. The few that are left in the wild are scattered across nine Texas counties but Bastrop County seems to have the highest concentration of them. So just how many are left? No one knows for sure but according to the Houston Toad Association, there are only 300 left. E & E News estimates the population to be around 2,000.

So why should you care if they become extinct? Because they are part of an ecosystem. The dictionary’s definition of an ecosystem is “all the living things, from plants and animals to microscopic organisms that share an environment.” They all play an important role. Think of an ecosystem as a spider web. If one part of the web gets destroyed, it weakens the rest of the web.

The Houston Zoo is on a mission to save the Houston toad from extinction. They maintain a facility for captive breeding of the toad. Just last year 1,082,000 toad eggs were released into the wild.

Another important measure being taken to save the toad from extinction is the Houston Toad Safe Harbor Agreement. The agreement encourages landowners within the area where toads are known to live to take specific steps to benefit the toad. Some of these actions include pond management, invasive species control and reintroducing the toad on their property.

TWRC Wildlife Center understands the devastating impact that human interactions, urban sprawl and weather events have on wildlife. That’s why the work we do is so important. We are here for the animals that get injured from dogs and cat bites, get hit by cars, or have their nests destroyed from cutting down trees. These are just a few of the many types of injuries we see.

We care for about 4,000 animals every year. If you’d like to help give these animals a second chance at life, go to our website at www.twrcwildlifecenter.org and click on “Volunteer”. We need you and they need you.