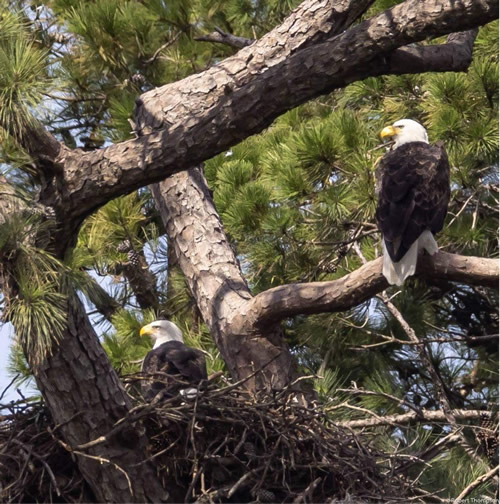 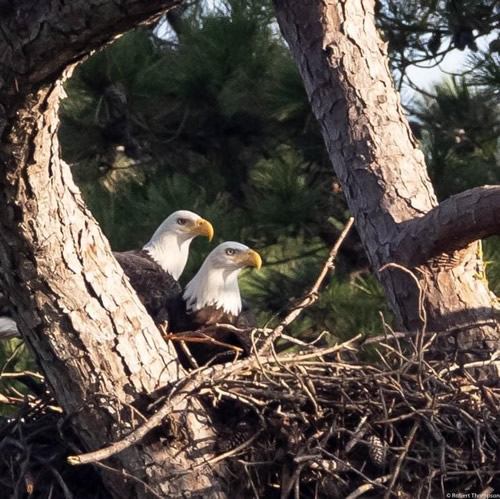 By Cheryl Conley, TWRC Wildlife Center
A pair of beautiful bald eagles are now calling Tomball, Texas, home and they’ve become quite the attraction. People are coming from miles around just to get a glimpse of them and to snap a photo. Should you decide to come and take a look, remember to keep your distance and do not disturb the birds in any way.

Bald eagles are protected by multiple federal laws that include the Bald and Golden Eagle Protection Act, the Migratory Bird Treaty Act, the Lacey Act as well as other state and municipal protections that may be in place. The Eagle Act was originally passed in 1940 and was amended in 1972, increasing civil penalties. The Act provides criminal penalties for persons who "take, possess, sell, purchase, barter, offer to sell, purchase or barter, transport, export or import, at any time or any manner, any bald eagle ... [or any golden eagle], alive or dead, or any part*, nest, or egg thereof." The Act defines "take" as "pursue, shoot, shoot at, poison, wound, kill, capture, trap, collect, molest or disturb."

Here are some interesting facts about Bald Eagles:

TWRC Wildlife Center asks that you respect all wildlife. With regard to the Tomball eagles, keep your distance, view with binoculars, keep the noise level down and report anyone harassing them or getting too close. They could be breaking a federal law.